The Relational Self and the Value of Relations 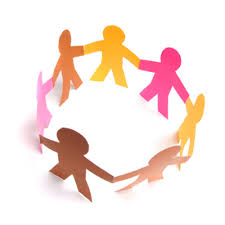 A dominant view of the self in Western culture has been that of the person separated from the natural world, with the mind separated from the body, and whose value comes primarily from the ability to reason. In Cartesian fashion, the self has been identified as mental substance whereas the rest of the world, including our bodies, has been seen as physical substance or matter. Typically, mental substance or mind is given the status of possessing intrinsic value or inherent worth, whereas matter or the material world (including animals) is given the status of only possessing instrumental value. In other words, the material world is viewed as mere stuff, the value of which is only related to how it may be used by rational human beings. The consumption and use of the “material” world without regard for how our human actions affect it is justified by a worldview that sees the world as only providing instrumental value for us. Such an understanding of self and such an attitude concerning the natural world have fueled an economic culture that sees nature more as a commodity than as a world of experience and beauty that is worthy of respect, possessing its own worth and dignity.

An alternative understanding and expression of the self that is more fitting for the make or break century in which a focus on using and consuming nature is destroying the fabric of our ecological community is “the relational self” as advanced by thinkers such as Harold Oliver. Oliver rejects all idealistic and materialistic conceptions of the person, and he rejects the notion of self as substance. He argues, “The adjective ‘relational’ assigns to the notion of ‘person’ the only justifiable content it may have” (Harold Oliver, “Relational Personalism.” The Personalist Forum 5, no. 1, Spring 1989, p. 38). Oliver notes that a relational view of the person “is commensurate with notions of the selfhood in cultures where the privatized Western notion of the self has not been determinative” (Ibid., 39).

Oliver’s rejection of a substantial self enables him to deny any material or idealistic barriers between human persons and the rest of the world. If relations provide the only justifiable content to the notion of personhood, there is nothing that separates human persons from the world around them. Here we see a complete rejection of Cartesian dualism and its affirmation of mental and physical substance. For Oliver, it is just as true to say that the world is in persons as it is to say that persons are in the world. All is relating. Consequently, the value of our persons is directly related to the value of our relations with the world around us, for we participate fully in the world as it participates fully in us. Such an awareness of our relations with the world provides more appropriate grounding for ecological responsible action.