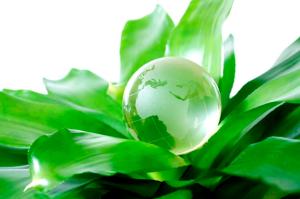 When one receives an endowment, sound fiscal policy dictates that only the interest from the principal be used. A prudent manager of the endowment would invest at least a portion of the interest back into the endowment principal in order to increase the holdings and the future earning potential. If, over time, the interest and a portion of the principal are spent each year, the endowment will slowly disappear and no longer be of use. The earth and its resources are our natural endowment. For centuries we lived primarily off the interest, using those resources that were constantly renewed by the natural endowment. Unfortunately, we are now making major cuts into the principal, and the inheritance we are leaving future generations is significantly less than what we have received.  Our responsibility to future generations challenges us to return to a more sound ecological endowment policy.

Mark Davies is the Wimberly Professor of Social and Ecological Ethics and Director of the World House Institute for Social and Ecological Responsibility at Oklahoma City University. He is the Executive Director of the Leadership, Education, and Development (LEaD) Hub North America of the General Board of Higher Education and Ministry of the United Methodist Church and an Oklahoma Humanities State Scholar. Mark has published in the areas of Boston personalism, process philosophy and ethics, and ecological ethics. Dr. Davies serves on the United Methodist University Senate, which is “an elected body of professionals in higher education created by the General Conference to determine which schools, colleges, universities, and theological schools meet the criteria for listing as institutions affiliated with The United Methodist Church.” He and his wife Kristin live in Edmond, OK in the United States, and they have two daughters. The views expressed by the author in this blog do not necessarily represent the views of Oklahoma City University or the United Methodist Church.
View all posts by Mark Y. A. Davies →
This entry was posted in Uncategorized and tagged ecological sustainability, endowment. Bookmark the permalink.