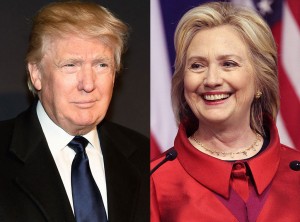 I am saddened that both major candidates for president in the United States are referring to the terrorist attack in the Pulse Night Club in Orlando, Florida as “radical Islamism.” This rhetoric will divide us further as a nation, fuel prejudice towards our Muslim sisters and brothers, and do nothing to further the defeat of those who are terrorists. It also helps groups like ISIS and Al Qaeda with their argument that the United States is at war with Islam. This may be viewed as a religious war by the terrorists, but if we fall into the trap of actually making this a religious war, the terrorists have accomplished a key objective.

There is a good reason that President Obama has not used the language of “radical Islamism” as it focuses the fight on a religion as opposed to a terrorist group. ISIS and Al Qaeda want this to be a religious war. It helps them recruit easily manipulated people to their cause. Rhetoric that focuses on their religion (their twisted version of it) as opposed to their terrorism fuels the conflict more than defeating it. It also fuels anti-Muslim sentiment here in the U.S.

So what do we call the terrorists? Calling them ISIS inspired killers and terrorists is perfectly appropriate. It keeps the focus on the group committing the terrorism as opposed to focusing on the religion they may claim. Perhaps we can point to our experience of dealing with other forms of extremism here in the United States as a way forward. When we have experienced acts of hatred and violence from groups like the Ku Klux Klan or other violent white extremist groups, we don’t tend to refer to these groups as radical Christian groups. They are groups of hate-filled bigots, and they ought to be resisted vigorously, but calling them radical Christians is exactly how they want to be seen and also exactly how they do not deserve to be seen. Here in Oklahoma City, where I live, we do not refer to Timothy McVeigh as a radical Christian or Christian extremist even though he was influenced by radical groups that claimed to be Christian. He was simply a terrorist – a mass murderer.

ISIS is a radical, hate-filled, violent, evil terrorist group. They are murderers. They do not deserve for us to focus on the religion they claim, especially given that they use that focus to further their cause. Calling the terrorists radical Islamists strengthens them more than it weakens them and weakens us more than it strengthens us. Calling the terrorists radical Islamists may make some people feel better, but it does nothing to make us more safe. It depersonalizes and endangers our Muslim sisters and brothers in our communities, and history shows us that depersonalizing and stereotyping religious groups never turns out well.

Mark Davies is the Wimberly Professor of Social and Ecological Ethics and Director of the World House Institute for Social and Ecological Responsibility at Oklahoma City University. He is the Executive Director of the Leadership, Education, and Development (LEaD) Hub North America of the General Board of Higher Education and Ministry of the United Methodist Church and an Oklahoma Humanities State Scholar. Mark has published in the areas of Boston personalism, process philosophy and ethics, and ecological ethics. Dr. Davies serves on the United Methodist University Senate, which is “an elected body of professionals in higher education created by the General Conference to determine which schools, colleges, universities, and theological schools meet the criteria for listing as institutions affiliated with The United Methodist Church.” He and his wife Kristin live in Edmond, OK in the United States, and they have two daughters. The views expressed by the author in this blog do not necessarily represent the views of Oklahoma City University or the United Methodist Church.
View all posts by Mark Y. A. Davies →
This entry was posted in global affairs, politics and tagged Orlando, Terrorism. Bookmark the permalink.