Statement in Support of the Standing Rock Sioux Tribe

(The following remarks were made at a press conference in Oklahoma City on September 7, 2016  in support of the Standing Rock Sioux Tribe and their efforts to oppose the construction of the Dakota Access pipeline.)

It is my privilege to stand today in support of the Standing Rock Sioux tribe and to support their resistance to the construction of the Dakota Access Pipeline that threatens both their water and their sacred historical and cultural sites.

As a child of the earth I am thankful for our Native American sisters and brothers who are protecting our common Mother from the Dakota Access Pipeline, and I am proud to stand with Standing Rock. I resonate deeply with the words of Doug Crow Ghost, the Direct of Water resources of the Standing Rock Sioux Nation who says that “Nobody wants their church to be desecrated, and the earth is our church.”

As a United Methodist Christian, I join with a myriad of voices in my church who are also standing with Standing Rock. I am thankful for the leadership and courage displayed by members of the Oklahoma Indian Missionary Conference of the United Methodist Church who have been leading the way in the United Methodist church here in the state of Oklahoma and nationally to bring attention and support to those who are protecting earth and water at Standing Rock. We have been blessed to hear from one of those leaders here today, Rev. Chebon Kernell.

I am thankful for Bishop Bruce Ough of the Minnesota and the Dakotas area who wrote these words, “I stand with my Lakota and Dakota brothers and sisters because I believe the central question of the creation story is at the heart of their lament and their protest: What will we do with the blessing of power God has given us? This is a particularly poignant God-question for those of us who have the power of privilege in our country and the world.”

I am also grateful for the witness of the United Methodist General Board of Church and Society and its leader, General Secretary Rev. Susan Henry-Crowe. In her call for solidarity with Standing Rock, she writes “As United Methodists continue our journey of repentance and healing with indigenous peoples, we understand that this journey is meaningful only if it leads us to action in addressing ongoing oppression and injustice. Today, that commitment leads us to stand alongside the people of the Standing Rock Sioux Nation. To offer ourselves as partners in resistance against those who would marginalize the voices of native peoples, despoil sacred lands, endanger life-sustaining waters and prioritize profits over the health of God’s people and God’s planet.”

And so it is that I stand here today with others in the United Methodist Church to be in solidarity with our Native American sisters and brothers who are serving as protectors of the earth and water. As an Oklahoman, I am particularly aware of our need to be in solidarity with the protectors at Standing Rock, for we in Oklahoma know all too well the history of broken promises and violence against indigenous people. As Oklahomans we are also aware that much of the oil that would pass though the Dakota Access Pipeline, if it were completed, is oil that is owned by fossil fuel companies with deep connections to our state. In a state being shaken by damaging earthquakes of our own making, we know first-hand the negative consequences of an unrestrained fossil fuel industry that runs roughshod over the will of the people. We in Oklahoma have a special moral responsibility to stand with Standing Rock to protect our earth, our water, our climate, and each other.

Chair, Board of Church & Society, United Methodist Conference of Oklahoma 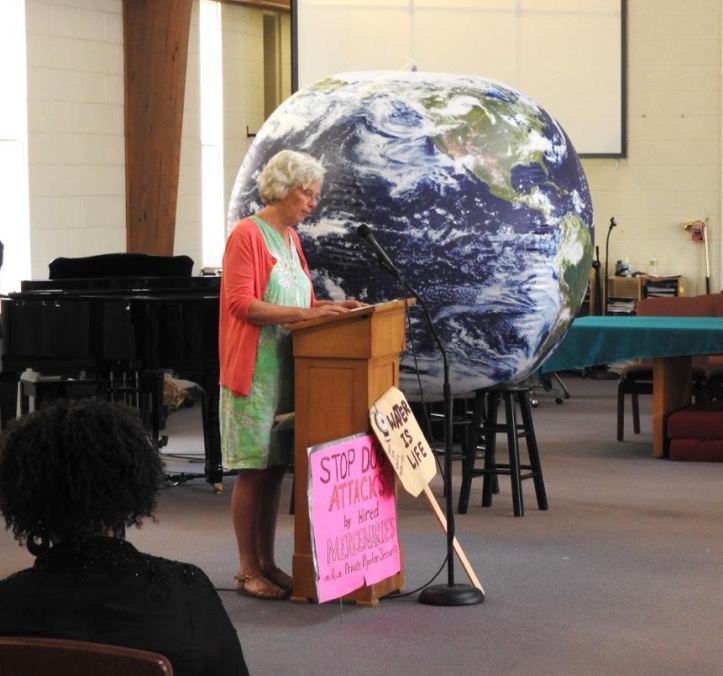 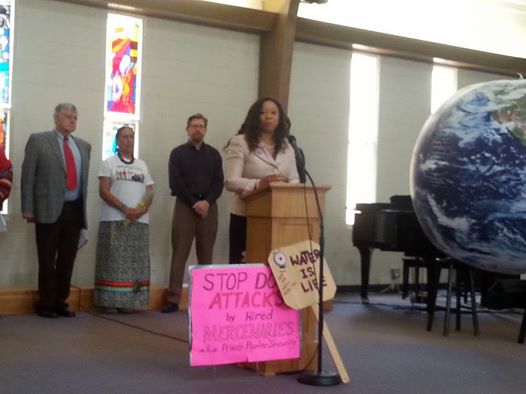 Thanks to Serena Blaiz for the pictures.