indivisible, with liberty and justice for all 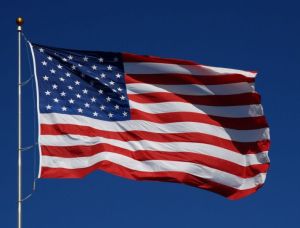 Just the thought, even more so the act, of burning the flag of the United States of America sickens me. It is not something I could ever do, and it angers me when I witness other people participate in this act.

Symbols are important to me. Symbols are visible signs that help us represent our most important values. The American flag is a symbol that I have always cherished because it stands for our Republic and its highest values – our ideals of community, liberty, and justice for all (values that sadly we have not always lived up to).

The flag was special to me even as a young boy. I remember the honor I had of bearing the colors as a Webelos Scout at the beginning of a Parent/Teacher Association meeting at my grade school. It was a really big deal for me. I remember the flag shaking in my hand as I carried it because I was so nervous about presenting the colors correctly. Even then I knew the importance and the power of this symbol, a symbol that had been draped over the coffin of my great uncle who was killed in Italy during World War II, a symbol that was given to one of my dad’s first cousins whose son was lost in action and never found in Vietnam. As a young boy, I could feel the impact that these losses and sacrifices had on my immediate and extended family, and I knew that the flag somehow held some of that love and loss within it is fabric and colors.

In my adult life as a minister I see this symbol folded with honor and care at funerals for persons who have served our country, often with great sacrifice and sometimes the greatest sacrifice. The presentation of the flag to the family members is a solemn moment for all who participate in it and for all who witness it. It represents that the person who is being laid to rest will always be a part of the family of our country.

Today the President Elect of the United States of America wrote that persons who burn the flag ought to be punished with jail time and perhaps even have their citizenship taken away from them. One might think that my love and respect for our flag would lead me to agree with this position by our soon to be president, but at the heart of liberty, one of those core American values for which our flag stands, is the freedom of expression that is protected in the Constitution of the United States of America, the Constitution that our presidents swear to “preserve, protect and defend.”

One of the most basic things that we the people should be able to expect from the President of the United States is to protect our liberty and our freedom of expression that has been at the core of our Republic from its very founding. The President Elect tweeted his flag comment the day after using the same social media platform to lie about millions of people voting Illegally. He lied about people expressing one of the core values that our flag represents, the liberty and the right to participate in free and fair elections. By lying about these voters and by stoking the fires of division, the President Elect is seeking to divide that which should not be divisible, he is seeking to suppress the liberty of American citizens, and he is committing injustice against persons in our communities.

1 Response to indivisible, with liberty and justice for all