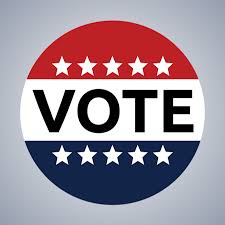 Why elections will likely be the only way to remove our current president from office:

Even if the House becomes controlled in 2018 by Democrats, it takes 2/3 of the Senate to convict the president. The Senate will likely never get to the 67 votes needed to convict. This is primarily owing to the fact McConnell and others see this administration as the opportunity of a generation to stack the courts in their favor. An impeachment and conviction of their president would so weaken the support of their base that winning the presidency in 2020 would be almost impossible.

The president’s base, fundamentalist white Christians, will never turn on the president for at least the following reasons – (1) abortion, (2) Israel, (3) Immigration, (4) Islamophobia, (5) guns, (6) resistance to LGBTQ+ rights, (7) many of them think this president is part of God’s plan to bring the end times (yes, they really do believe this), and (8) turning on the president would be an admission on the part of fundamentalists and their leaders that they were wrong about God’s plan (don’t count on that ever happening).

The most realistic, yet still hopeful, scenario I see would be the following: If the Democrats can take over at least the House of Representatives, then they can check the president’s legislative agenda. Better yet, if Democrats can take the Senate in addition to the House, they can check the president’s judicial agenda and not allow him one more SCOTUS appointment and keep radical right wing judges off of the lower courts. Then the Democrats must unite around whomever they choose to be their presidential candidate in 2020 and bring this current presidency to an end. Any Democrat or progressive Independent who starts down the “I will never vote for the lesser of two evils” path must be reminded that even if one grants that both candidates are evil, allowing the greater of two evils to win, is allowing more evil to come into being. Given the choice between lesser and greater evil, choosing the lesser is the only truly responsible choice. Hopefully, the example of the current administration has taught us this lesson clearly.

Does the current president deserve to be impeached and convicted? I believe the full body of the evidence that Mueller will be bring forward, if he is allowed to bring it forward, will lead to a resounding yes in response to this question. The reality, however, is that the chances of either happening are extremely slim, and our hopes for impeachment and conviction, as valid as they may be, cannot take the place of organization, strategy, and enthusiasm for 2018 and 2020. The well being of our republic, the world’s people, and the planet depend on staying focused on 2018 and 2020 like never before. Mueller’s findings will not likely lead to impeachment and conviction, but they very well could be motivation needed for progressives to vote in record numbers to bring this presidency to an end.