The Abuse of Romans 13 to Abuse People 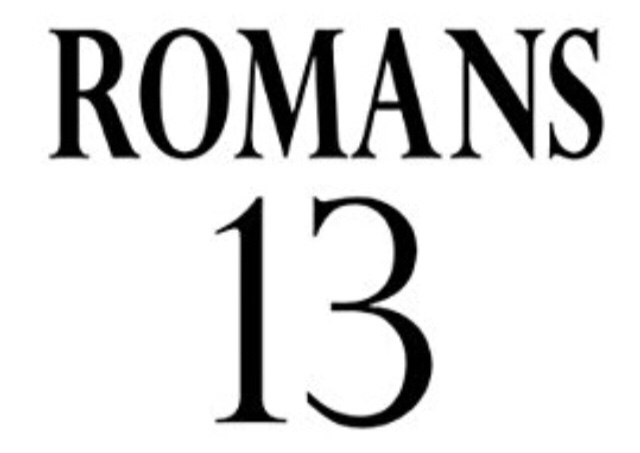 Southern slaveholders misused Romans 13 to justify using and abusing human beings as property. Romans 13 was used to make slaveholders falsely feel their evil actions were within God’s will and as an attempt to make persons in slavery feel that it was God’s will for them to remain in slavery. Simply put, it was gross abuse of humans supported by gross abuse of the Bible.

Hitler and the Nazis misused Romans 13 to neutralize and manipulate Christians to support a government involved in atrocities that Christians should have been resisting with all of their might. German Christians who opposed this evil were persecuted, imprisoned, and in some cases executed for not submitting to Hitler’s rule that the Nazis claimed was ordained by God. Tragically, only a minority of Christians in Nazi Germany resisted the horrific evil of Hitler at a time when resistance might have kept him from absolute power. Tens of millions of people died in concentration camps and in war because self-identified Christians submitted to this genocidal tyrant.

And now in 2018, in the United States, a country that has rejected and ended slavery through a Civil War that sacrificed hundreds of thousands of Americans, a country that sacrificed hundreds of thousands of its young to bring the downfall of Nazism, in this same America, our president’s Attorney General and his Press Secretary are once again abusing Romans 13 as a way to argue that people should submit to our government that is separating children from parents at our borders and putting the children in detention camps. It is God’s will for us to obey the law they say just as slaveholders and Nazis have argued in the past.

In their abuse of Romans 13 to abuse people, Attorney General Jeffrey Beauregard Sessions and Press Secretary Sarah Huckabee Sanders conveniently leave out the section of Romans 13 that if read and taken to heart would lead all loving and just persons to resist the evil of separating children from their parents.

Romans 13: 8-10, the passage immediately following the passage abused by Session and Sanders reads:

8 Owe no one anything, except to love one another; for the one who loves another has fulfilled the law. 9 The commandments, “You shall not commit adultery; You shall not murder; You shall not steal; You shall not covet”; and any other commandment, are summed up in this word, “Love your neighbor as yourself.” 10 Love does no wrong to a neighbor; therefore, love is the fulfilling of the law. (New Revised Standard Version)

“Love does no wrong to a neighbor.” This includes our immigrant, refugee, and asylum seeking neighbors; and it certainly includes the innocent children being held in detention camps across our southern border.