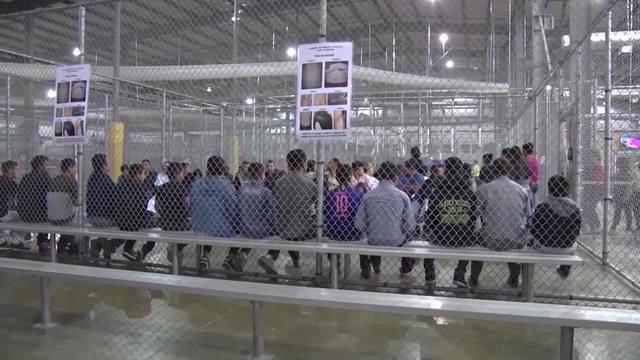 The philosopher Karl Marx was not the only one to recognize that there has been a tendency for those who are benefitting from the social, economic, and political status quo to use people’s adherence to other-worldly expressions of religion to keep them in their place and to keep them for trying to bring about change in the world, and especially to keep them from bringing about revolutionary change in the world. From this perspective, those with power in this world can maintain control of the affairs of this world, while religion prepares the soul for the next. Obedience to the way things are in this life becomes one of the prerequisites for enjoying the rewards and avoiding the punishments in the next. If workers or the masses simply stay in their place, work hard, and do their duty in this world, they will experience their reward in the other world beyond this one.  If you simply obey the law and the powers that be in this world, you will find eternal reward in the next. This is the kind of religion and the kind of use of religion that Karl Marx so famously referred to as the “opiate of the people.” It is a religion that may provide some comfort to the oppressed, but it also numbs them to point of not fully recognizing, rejecting, and transforming the powers and systems that oppress them.

In many ways this other-worldly expression of religion is what is most dominant within our country. An other-worldly religion is often used to support the economic and political status quo of our country. The United States is one of the most religious countries in the world and is second to none in the total amount of wealth it possesses. Some might see our wealth as a blessing that is in some way connected to our religiosity, but something is deeply wrong with our prevailing religious beliefs and practices when they support social, political, and economic systems that have led to one of the least accessible healthcare systems in the industrialized world, the highest incarceration rate on the planet, deeply embedded and systemic racism, high poverty rates and extreme income inequality, a disintegrating public education system, a crumbling public infrastructure, an entrenched military industrial complex, unprecedented gun violence, high rates of scientific illiteracy, and the highest levels of climate science denial in the world. Within the United States, the more religious the state, the more likely the poverty rates and incarceration rates are high, environmental protection is lax, and access to quality healthcare and education is low.

Religious organizations and religious persons who ignore these challenges and simply focus on their reward in heaven are betraying both people and the planet; and for persons in theistic traditions, this is also a betrayal of God and God’s creation. In the Christian tradition, Matthew 25 calls on Christians to feed the hungry, provide drink for the thirsty, clothe the naked, welcome the stranger, care for the sick, and visit those in prison. In contrast, much of Christianity in the United States is supporting systems and structures that are contributing to more hunger, less protection of clean water, more poverty, more hostility to the stranger, less access to healthcare, more people in prison, catastrophic climate change, and the sixth great extinction on the planet. That can’t be anything close to what Matthew’s Jesus was teaching.

There is an other-worldly focus in much of American Christianity that lifts up the importance of life after death over how we are treating each other and the earth in this life. The challenges of hunger, access to clean water, incarceration, immigration, healthcare, education, violence, and environmental protection are left to the economics and politics of this world, while religion focuses primarily on the next. The result is that our religious obsession with another world is contributing to the creation of a hell on this one.

In addition to a focus on life after death rather than life before death, many religious persons in the United States (41% according to a 2010 Pew Research poll) believe that the end of the world as we know it will happen before 2050. It is difficult to be motivated to take on systematic efforts to make life better in this world when one truly believes it is all coming to an end within the next 32 years. Worse yet, many not only believe that the world is going to end soon, but some look forward to it so much that they are actively attempting to expedite the process of that event occurring. For our society to make the turn it must take to save this world and not just save our souls for the next, we will need to take life in this world at least as seriously as we do life in the next, or risk humanity losing this world forever. No matter what one believes about life after death or the possibility of another world beyond this one, let us not create a hell on earth for heaven’s sake.

I suggest that what we need to face the challenges of world today, what we need to create more flourishing human communities and more flourishing ecological communities, are religious expressions, or more simply put human expressions of love and justice that focus on loving and transforming this world rather than seeking escape to the next. We need a this-worldly religion that brings good news to the poor and to the oppressed. We need a religion that loves this world. When we truly love this world, when we truly seek justice in this world, we will no longer tolerate economic systems that create vast chasms between the teeming masses of poor and the towers of power and wealth of the rich. We will no longer tolerate practices that lead to irreversible climate change and the sixth great extinction on our planet. We will no longer tolerate ripping away the safety net for the most vulnerable among us. We will no longer tolerate spending more on war than we spend on peace. We will no longer tolerate treating immigrants, refugees, and asylum seekers like animals; and we sure as hell would never tolerate ripping children away from their parents at our borders and putting the children and babies in detention centers where their cries and wailing have become orchestras of suffering and long lasting if not life lasting trauma.