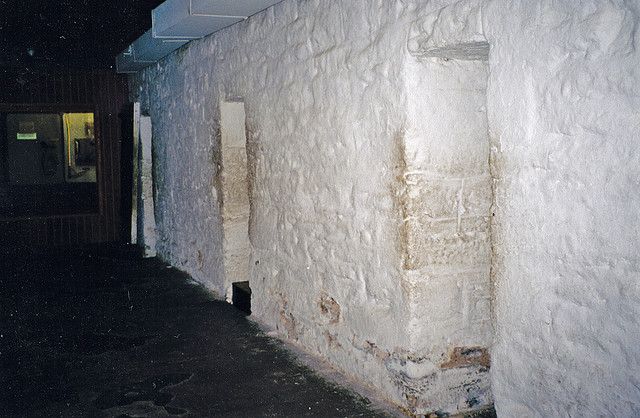 My hometown is Lawton, Oklahoma. My family moved to Lawton when I was 4, and that was my home until I moved to Oklahoma City to attend college. Though I have not lived in Lawton since, my parents still live there, and it will always be my hometown.

Growing up in Lawton, one is always aware that Lawton is not just Lawton. It is Lawton/Fort Sill. The two are inextricably intertwined. Fort Sill existed long before Lawton, with construction of the fort beginning in 1869 in Native American territory. Lawton came into existence in 1901, 65 years before my birth, after land in the area was “purchased” from the Comanche, Kiowa, and Apache tribes by the federal government and auctioned off to white citizens. From that point on Lawton and Fort Sill have often simply been known as Lawton/Fort Sill.

As a child growing up during the Vietnam War, though I was not the child of an army soldier, many of my friends were, and I remember their heartache at being separated from their dads when they were deployed to Vietnam, and I remember their hurt and confusion when their dads came home as different people than when they left or when they never came home alive. I saw early on in my life what the price of war was for families and children.

Some of my childhood memories of Fort Sill were more positive. I remember swimming in the pools on base, playing soccer on the polo field, attending YMCA day camp on land that was part of the base, seeing some of the best firework displays in the country on the Fourth of July, and even going to artillery shows (which seemed really cool when I was a kid).

During one of the YMCA day camps on base, we visited the Old Post Guardhouse and saw the cell where the Apache leader Geronimo was imprisoned. As a child, I did not really understand who Geronimo was or why he and other Native Americans were held at Fort Sill as “prisoners of war,” but I do remember thinking how small that cell was and how sad it must have been to live there. I ended up seeing that cell on more than one occasion, and one time when I was there with my mom who was an elementary school teacher, she said something about how she thought it was wrong that Geronimo should be put in prison for defending his own land. That made sense to me years later as I learned about the European invasion of the Americas and the genocide that followed.

At no time during my childhood did I learn that decades after Geronimo died in 1909 that Fort Sill would once again be a site for wrongly imprisoning members of a non-white population. I learned in high school that Japanese Americans were detained against their will in camps across the United States during World War Ii, but I did not know that 700 of these persons were imprisoned at Fort Sill as part of one of the moral low points of the United States in the 20th Century.

In its history, Fort Sill has imprisoned Native Americans in the 19th Century, Japanese Americans in the 20th Century, and right now in the 21st Century there are plans by the Trump administration to add to this miserable history of unjustly imprisoning people of color by making Fort Sill a concentration camp for children of immigrants and refugees for the second time during this decade (the Obama Administration held refugee children at Fort Sill in 2014).

As a Lawtonian, I cannot sit by and simply watch our government repeat the cruel racism of our past that has once again found expression in our present by imprisoning brown babies, children, and youth whose only “crime” is attempting to escape life threatening violence to find better opportunities in life. I cannot simply watch my hometown and Fort Sill be a place where international law is ignored and crimes against humanity are perpetrated.

The military leaders at Fort Sill need to be reminded by all Lawtonians, by all Oklahomans, by all U.S. Americans, and by all people of the world that simply following orders is no excuse for crimes against humanity. People of Lawton and Fort Sill, Oklahoma, I appeal to your humanity, please do not look away while Fort Sill once again becomes an unjust prison and concentration camp for people of color. Please do not look away and please do all in your power to bring freedom to the children who are about to be imprisoned in our hometown.