Why I Voted for Bernie Sanders Today 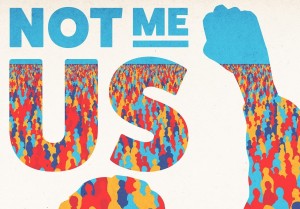 Math – today on Super Tuesday there are two candidates who are viable for the Democratic nomination for President of the United States. Neither of those candidates was my first choice for the nomination in 2020, but that is the nature of politics – you don’t always get what you want, but hopefully we will still get what we need.

My first choice was Elizabeth Warren. I respect greatly all who will be voting for her today, but I have looked at the numbers and the polls of all the states, and her chances of being in the top two candidates in delegates going into the convention are extremely low (FiveThirtyEight puts her chances now at less than 1 out of 100 to win the nomination – Bloomberg’s chances are not any better than Warren’s). I still think Warren would make the best president, but she is not going to be the next president. She will be brilliant and excellent at whatever is next for her, continuing in the Senate or perhaps in another role if the Democrats retake the presidency.

This morning, I voted for Bernie Sanders in the Oklahoma Democratic Presidential Primary. I am a social democrat, and of the two remaining viable candidates Sanders’ policies and vision are closer to my own than are Biden’s. I believe that we need revolutionary change in the way we are addressing the climate crisis, healthcare, poverty and income inequality, equality of opportunity, quality education for all, and the eradication of a system that puts college students under crushing and sometimes lifelong debt.

I wish Sanders referred to his views as social democracy rather than democratic socialism given that what he is proposing is much closer to the former than it is to the latter. He is giving the opposition the opportunity to define him as a socialist, which as we know is a problem for a significant portion of the electorate, especially older Americans. I hope that if Sanders were to win the nomination that moderates will look closely at what he is actually proposing and see that it is basically the same as what the social democracies in the Nordic countries have, and they are the happiest, healthiest, best educated, and least corrupt countries in the world.

I voted for Sanders today, but if Biden wins the nomination, I will do everything I can to work for him to be the next president and then work to keep challenging him to address the climate crisis, healthcare, education, and poverty with the fierce urgency and systemic change that are necessary. If Sanders wins the nomination, I hope Biden supporters will do the same because if we do not unite after the nomination, we run the very real risk of losing our republic.