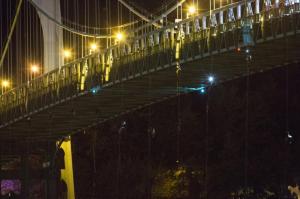 Today in introducing the Clean Power Plan you said, “We can’t condemn our kids and grandkids to a planet that’s beyond fixing.” You also said that “climate change is not a problem for another generation, not any more,” and that “it is time for America and the world to act on climate change.”

Thank you for these words and for the Clean Power Plan, but how can you allow drilling in the Arctic Ocean and say that you are doing all you can to not “condemn our kids and grandkids to a planet’s that’s beyond fixing?” The use of fossil fuels is what is warming our planet. Our warming planet is causing the Arctic sea ice to melt. The melting of the Arctic sea ice is what is making the Arctic ocean accessible to oil drilling. So you are rewarding oil companies by allowing them to drill in a place that would be inaccessible were it not for climate change that the use of their product has caused. This is not good for the Arctic or for climate change, and it sends a message to our kids and grandkids that we are not really serious about leaving them a planet that’s not beyond fixing.