The Lord’s Prayer and 45 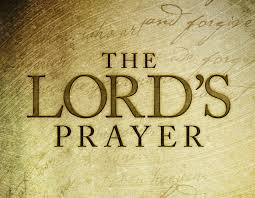 The Lord’s Prayer was taught to a group of disciples by Jesus, a person who according to Christian scriptures was a refugee and whose family had been refugees, who came from a very humble and poor background, whose religion was under constant threat by the Empire, and who eventually would be executed by the Empire as a political threat. When the Lord’s Prayer was read before 45’s “rally speech” yesterday in Melbourne, Florida, it was a jarring reminder that what 45 stands for is the antithesis of what the Lord’s Prayer is pointing to as a vision of the Beloved Community on earth.

Our Father, which art in heaven,

Father here is one way that Jesus refers to God. This is the God who says welcome the stranger, don’t mistreat the aliens in your land, love your neighbor and even your enemy, don’t lie, don’t steal, don’t commit adultery, forgive others, bring good news to the poor and oppressed, take care of the sick and homeless and those in prison, be good stewards of the earth, and don’t cheat your employees. 45 does not have a good track record on any of these things.

Hallowed be thy Name.

It is certainly not hallowing God’s name to be using this prayer right before a rally speech of someone who is the very antithesis of what the prayer is about. There are other names for what this is. Blasphemy is one that comes to mind.

Thy Kingdom come.
Thy will be done in earth,
As it is in heaven.

Whatever the Kingdom/Beloved Community may be that Jesus is praying will come and whatever the Divine will is for earth; it certainly cannot be one that rejects refugees, cheats workers, involves relentless lying, mistreats immigrants, removes people’s access to healthcare, tears families apart, mistreats women, and praises leaders who do all the above.

Give us this day our daily bread.

45 has never been and never will be satisfied with his daily bread. He has an insatiable drive for more wealth, more power, and more adulation. Not only is his daily bread not enough, but his actions of cheating employees/contractors, tearing families apart, and moving to make healthcare less accessible; all make it more difficult for others to receive their daily bread for their basic sustenance.

And forgive us our trespasses,

45 never really says that he is sorry or asks for forgiveness. Everything is everyone else’s fault. The humility and empathy required for truly asking forgiveness seem to be entirely lacking in 45.

As we forgive them that trespass against us.

45 does not forgive trespasses nor does he forgive perceived wrongs, unless the one who wrongs him publicly says he/she was wrong and goes back to giving 45 public adulation. All others who trespass against him become his permanent enemies, and he does not love his enemies. He once said, “When I’m wounded, I go after people hard and I try to unwound myself.”

And lead us not into temptation,

We all have temptations and make mistakes. I am not saying that 45 has never prayed that he not be led into temptation, but if he has, it has not been working too well for him as he appears to have given in to almost every temptation that the teacher of this prayer would want one to avoid.

But deliver us from evil.

Please deliver us from 45

For thine is the kingdom,
The power, and the glory,
For ever and ever.

45 has spent his entire life gaining power and glory for himself. He revels in it, and he seems to be willing to do almost anything to create his own kingdom, to gain and maintain economic and political power, and glorify himself over all others. He seems utterly uninterested in attributing power and glory to anyone else but himself.

This word may be translated as “so be it” or “may it be.” if we as a people hope for anything like what is described in this prayer to become a reality within our society, the way of 45 is not the way for us to follow.

If the Lord’s Prayer is a loving expression of a yearning for Beloved Community on earth, the result of earnestly praying it will lead to relentless resistance to what 45 is doing here on earth.